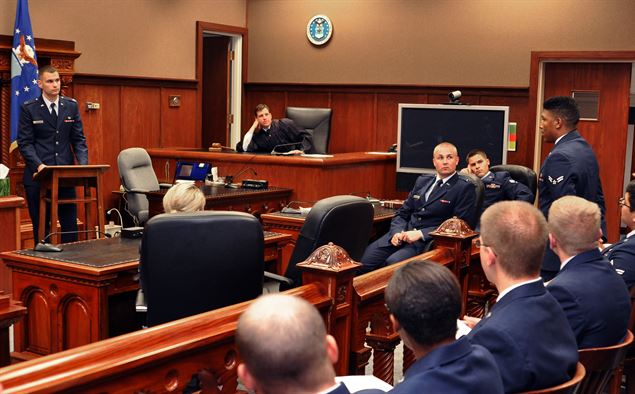 Servicemembers accused of crimes are subject to the Uniform Code of Military Justice (UCMJ), which although it largely mirrors civilian law can differ in some substantial ways. For instance, when servicemembers are accused of a crime or other serious misconduct they can be faced with having to decide between defending themselves in the nonjudicial punishment (NJP) forum or through a court-martial.  Every branch of the military has an NJP avenue based upon Article 15, UCMJ (in the Navy it is commonly referred to as Captain's Mast, and in the Marines as Office Hours). A court-martial is the formal court process (e.g., a jury trial).  When a member's command has offered NJP to adjudicate the member's alleged misconduct, the member is faced with deciding whether to accept that as the forum, or by declining NJP, it will most likely mean the matter will be handled through a court-martial (it is possible but highly unlikely that the member's command will choose to handle the matter with the less severe option of administrative paperwork when NJP is declined).

A common misconception about NJP is that it is an admission of guilt.  It is not, rather, it is merely your decision to have the matter adjudicated by your Commander instead of a jury trial.  The decision over choosing NJP or some other forum is often very difficult, and one that may involve repercussions including the possibility of the end of a military career or jail time. A servicemember should not take this decision lightly. Below are just a few things to consider when deciding between NJP or a court-martial.

The “standard of proof” is the legal term for the burden the government has to prove its case. The standard of proof in NJP is much lower (or even non-existent) than a court-martial's “beyond a reasonable doubt” requirement.  Meaning, in NJP the military does not have to prove beyond a reasonable doubt that the allegations were committed, rather, the evidence just has to be sufficient enough in the Commander's mind that the offenses were likely committed by the member.  In most instances, the Commander's gut-feeling is enough.

Another important factor for you to consider is your length of service.  If for example, you are two years from retirement, or facing significant jail time, then you will want to take the route that will offer you the best chance of preserving your pension, even if it means the additional cost of hiring your own attorney to ensure you have put your best foot forward in your defense.

In the end, it is your decision to decide whether to accept NJP as the forum or pursue the matter thro 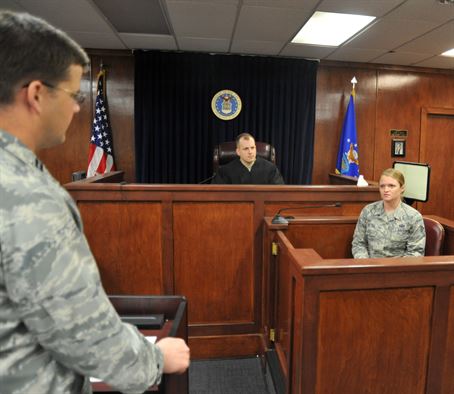 ugh a court-martial. You should consult with your military defense counsel and seek a consultation with an experienced civilian attorney. You must consider all the charges, allegations, and evidence and weigh your options carefully. Make sure you stay on top of any pending deadlines so that you do not miss any opportunities to best defend yourself, because the decision on which forum to choose must typically be made within just a few days from when you receive the NJP offer.

The attorneys at Patriots Law Group, as former Air Force JAGs, have defended and prosecuted servicemembers in the military justice system and have ample experience in criminal defense. If you or someone you know is ever looking for a second-opinion over this difficult decision, call or visit our office for a free consultation.