Military Juries – Jury of 12? Jury of your peers? 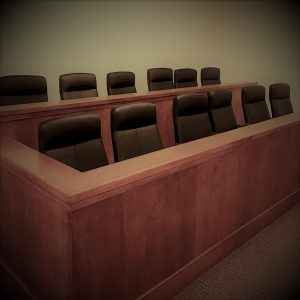 We previously provided an overview of military juries in a prior blog post, today we get into more specific questions about the composition and number of jurors, or “members.”

Perhaps you've heard the phrase: “I'd rather be judged by twelve than carried by six.” Perhaps you've said it yourself as you sat through a use of force briefing or a law of armed conflict class not long before you locked and loaded to head outside the wire in a hostile war zone. But in the military court system, there's no right to have twelve members decide the issue of guilt or innocence, and there's no right to a jury of your peers.

The composition of courts-martial—not twelve, and maybe not even six members

In a court-martial, the jury is called a panel, and it's made up of members. Those members are chosen by the convening authority of the court martial—almost certainly the same commander who referred the case for prosecution at a court martial in the first place.

Except where the punishment is death, at least five members are required when the convening authority has referred charges to trial by a general court-martial. In cases referred to a special court-martial, the panel requires a minimum of only three people. There is no jury right for a summary court-martial.

A jury of your superiors, not your peers

If you're an enlisted Soldier, Sailor, Airman, or Marine, you're certain to be judged by those superior in rank to you. The members detailed to decide the findings in a court-martial of an enlisted person must be commissioned officers or warrant officers. But an enlisted accused in a general or special court-martial has the option of requesting that at least one-third of the members also be enlisted members.

In all courts-martial, the convening authority may not detail members for court-martial who are junior in rank to the accused, unless it is unavoidable. In practice, this means that the panel judging guilt or innocence is stacked with members who outrank the accused.

The importance of choosing a defense attorney familiar with military culture

The rank structure and hierarchical nature of military life is unfamiliar to many civilians. Effective defense counsel should know how to navigate the social and cultural landscape of the military to provide the best advice to someone facing criminal charges under the UCMJ. If a case does end up going to trial, it's important to have an attorney experienced in court-martial trials that knows how to talk to the members and won't be intimidated by rank.

We'll discuss in our next post how the members are not required to be unanimous when deciding guilt or innocence at a court martial.