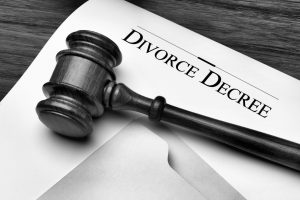 Divorce is always a difficult and complex process, which can become even more complicated when one spouse is a military servicemember. Especially when one's military pension is at issue.  In some instances, when a veteran receives new disability benefits not contemplated during the divorce, this can have the effect of reducing the veteran's military pension due to the offset taken by the Department of Veterans Affairs. Last year the United States Supreme Court issued a unanimous decision in Howell v. Howell that a state court may not order a veteran to pay his or her divorced spouse to cover any reduction to their portion of a veteran's retirement pay due to the veteran's later election to receive service-related disability benefits.

As often happens in divorce, when Air Force veteran John Howell divorced his wife Sandra the divorce decree ordered John to pay Sandra half of his military retirement pay. John later opted to waive part of that retirement pay to instead receive disability benefits. A previous Supreme Court decision, Mansell v. Mansell, interpreted the Uniformed Services Former Spouses' Protection Act (USFSPA) to exclude disability benefits from the “disposable retired pay” that could be divided in divorce.  John's choice resulted in a reduction of the monthly payment that Sandra had been receiving. The state court ruled that John had to compensate Sandra for the loss. The Supreme Court however, reversed the state court, and held that states were prohibited from increasing the amount a divorced spouse receives each month from the veteran's retirement pay in order to restore that portion of retirement pay lost due to veteran's post-divorce waiver of retirement pay to receive service-related disability payments.

The Howell decision implicates the USFSPA, a federal law that governs military retirement pay in divorces. The USFSPA recognizes the right of state courts to distribute military retired pay to a former spouse and provides the methods of enforcing these orders through the Department of Defense. However, the USFSPA does not automatically entitle a former spouse to the veteran's retired pay, this needs to be awarded in the final court order. The National Defense Authorization Act of 2017 further amended the definition of disposable pay within the act. For divorces entered after December 23, 2016 the servicemember's disposable income is limited to the member's pay grade and years of service at the time of the divorce.

As experienced divorce attorneys for both civilian and military divorces, Patriots Law Group has represented both the military and non-military spouse in divorces, and are familiar with the statutes and regulations that accompany military divorces.